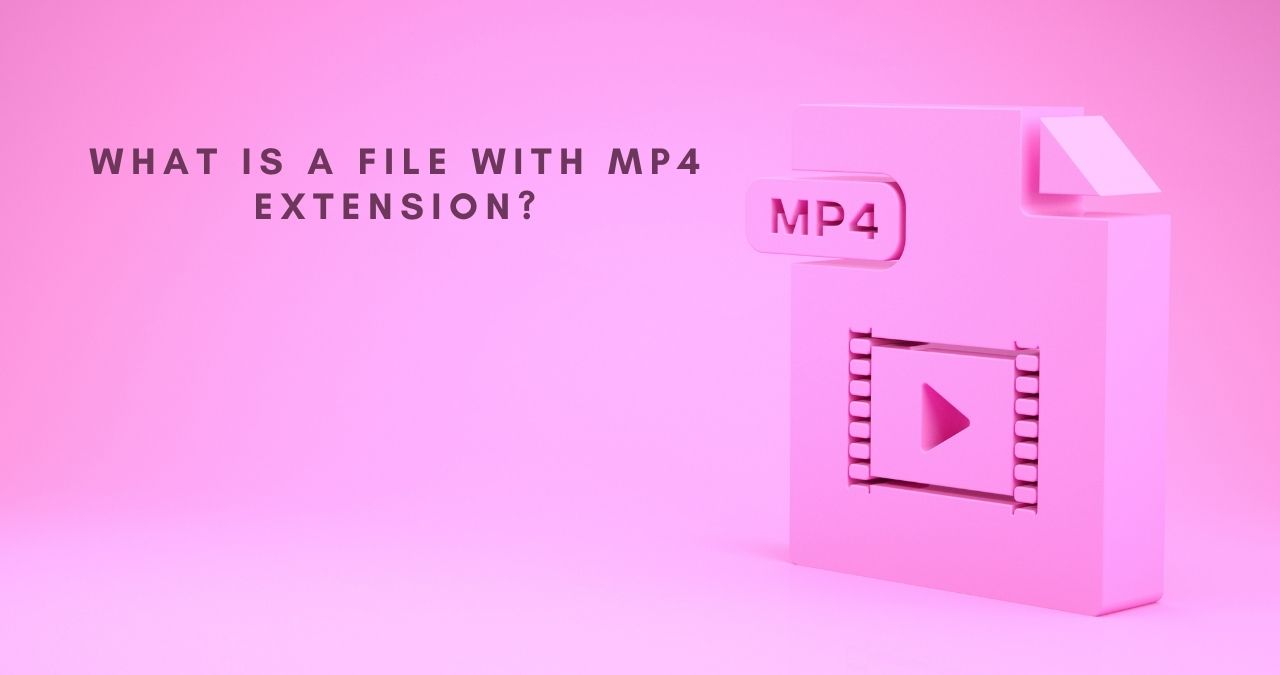 As mentioned above, MP4 is a digital video format; it came on the market in 2004 and introduced the ISO / IEC 14496-1: 2001 standards. Specifically, this is a container; it is not a format only but a set of tracks, one for audio and one for video, joining in the container, also known as MPEG-4. The result of the combination is nothing more than a file based on MOV, the extension known as MP4.

This format works with an algorithm that allows excellent video and audio optimization, resulting in a high-quality video file. Also, this format relies on AAC encoding and is lossy. They are generally used for online transfers, and files of this type are rarely sent. But, it is not unusual either that they are transferred offline and downloaded.

A brief history of the emergence of the MP4 extension

The MP4 extension began to be developed between 1986 and 1992 when the Moving Pictures Expert Group (MPEG) approved to develop it.

The history of this format begins as the .mp3 extension has compression eliminating sound frequencies that are not perceptible by the human ear; in this way, a compact disc (CD) can be compressed with an 11: 1 ratio or a 50MB WAV file would occupy less than 5MB while maintaining a medium / high quality.

For the year 1998, the jump to MPEG-4 was made since, at this time, the development was oriented to the web, videoconference, compact disc, and television broadcasting. The Bitten Apple company has part of its success by incorporating it into the development of QuickTime; the formats that MPEG-4 uses are QuickTime MOV and AVI, usually Divx or Xvid. In addition, Apple popularized the .MP4 extension through the mp4a extension included iTunes and iPod, to differentiate them from MPEG-4. MPEG-4 contains a video with or without sound, while MP4 can have sound, video, and sound or video only, apart from supporting images. Both extensions can be exchanged without problems, renaming a mp4a as mp4 or vice versa.

How to run and play MP4 files on Mobile Phones or Computers?

Nowadays, all devices, both mobile phones, and computers, tablets and tablets, can play this type of format, so you don’t have to worry about it; If you don’t have it, we are going to show you how to do it:

On a Windows Computer

How to run and play MP4 files on a Windows computer?

A file with an .MP4 extension, cannot be played directly with Microsoft’s playback program to the Windows operating system. But if you want to have it, there are two ways:

Way 1: Windows Media Player can be upgraded. This procedure is done automatically in conjunction with Windows updates. If you haven’t, do it, not only for the player, they also solve problems :

Way 2:  If you don’t want to do the above method as they are heavy updates), another solution would be to download a codec pack that has what you need to play mp4 on Windows; the most complete and well-known is K-Lite Codec Pack, it is very reliable and also free, and can be downloaded from this address. The second option would be to download another player; in this case, it would be VideoLan, which can be downloaded through this address.

There are also other players that we mention below:

On a Linux Computer

How to run and play MP4 files on a Linux computer?

The following applications are used on Linux computers to play the files with the MP4 extension :

How to play and play MP4 files on a MAC computer?

VLC is compatible with Mac OS; it can be used in Apple computers in the same way as in Windows; it is only to download and install it on the device without any problem. In addition, you can investigate another player that is compatible with the .MP4 format. It can be downloaded from this address.

Apart from the application mentioned above, you can also use the following:

How to run and play files with MP4 extension on Android mobile phones?

Currently, mobile phones are widely used by a number of Android playback applications on the market (and in the Play Store, in fact). The following applications are used in this operating system:

On iPhone Mobile Phones with iOS

How to run and play files with MP4 extension on iPhone mobile phones with iOS?

The following applications are used on iPhone mobile phones with iOS to play the files with the MP4 extension:

How can an MP4 file be converted?

Can a file with an MP4 extension be converted?

One of the most convenient softwares to use to convert files with an MP4 extension is Freemake Video Converter. It supports storing these files in other formats such as MKV, FLV, AVI, 3GP, among others, for example, the conversion of MP4 directly to a DVD, ISO file, or MP3 (only for audio).

Another way is using Zamzar or OnlineVideoConverter to convert MP4 to WEBM, MPG, AC3, OGG, FLAC, MOV, and much more. Zamzar can convert from MP4 to GIF to turn the video file into an animated image. But it has a difference with the software to convert MP4 files; they are websites, although it is not necessary to install software to use them if it is necessary to upload the file to the site and later store the converted file.

It should be remembered that as these converters work online, in browsers, the file may take a while to load because the vast majority of videos are somewhat large. In addition to the conversion process, you have to download it again to have it on the devices, which means it is not a quick process.

If these proposals seem to work for you by chance, there are other Free Video Converter softwares and online services that can work much better; some can edit MP4 for free, such as cropping and cropping.

Hopefully, you have liked, learned, and enjoyed the .MP4 extension.

Also Read : What Is The Windows Task Manager?

Top Tips to Maintain Sales in Every Season