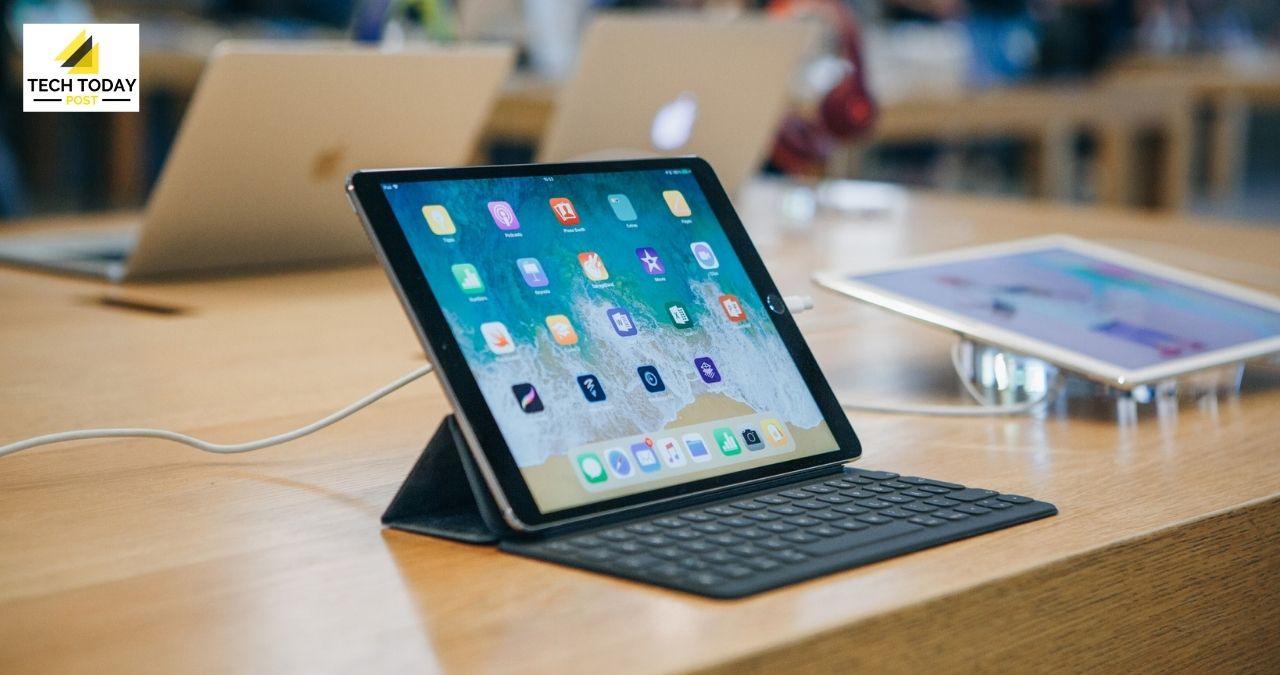 Is it time to switch iPads even for users less prone to updates? This and many other questions are shaking the sleep of insiders, enthusiasts, curious and newbies. No less has been the historical users of Apple computers, who for weeks have been looking for a valid reason that justifies, in the eyes of wives or husbands, companions or companions, parents and maybe even children, the purchase of the latest object of desire released from the hat of the magicians of Cupertino on 15 September 2020.

The downward trend of handheld computers and the rise of smartphones has redesigned the battlefield over the last 10 years and today they offer of solutions for the true IT nomad is restricted to three product categories: light laptops (at Apple they are the MacBook Air), tablets in their various variations of size and performance (for Apple: iPad mini, iPad, iPad Air and iPad Pro) and smartphones also in various shapes in terms of size and characteristics (the various iPhones at Apple).

In reality, with the availability of accessories such as keyboards, pointing devices (yes, the trackpad has also arrived on the iPad) and links to external displays, the boundaries between each category are really blurred, to the point that an iPad Pro and as we will see, even a well-bodied iPad Air 2020 will challenge MacBook Air and even MacBook Pro 13 ”in their field of use. The same thing can be said for the iPhone 12 Pro which tries to undermine the iPad mini and iPad. In the past, marketing defined these strategies as a sort of “cannibalism” within the company itself.

Today, however, the winning strategies seem to be satisfying, almost without interruption, all the needs of consumers, even at the cost of the so-called “overlapping”, i.e. products with different characteristics and costs, but which in their different configurations occupy also other market segments. The same phenomenon occurs in the automotive sector.

Hence, iPad, in its various configurations, for example for us who make writing a job, when equipped with the keyboard and the appropriate application it becomes a full-fledged computer, with the added value, fundamental for us creatives, of being an intriguing object, satisfying and able to stimulate ideas as much as a nice pen, not necessarily expensive, and a white sheet of paper, the legendary letter 22 or a Macintosh with a vertical display could do.

Follow us to discover the features of the new iPad Air 2020 that promises sparks with the Apple A14 Bionic chip, a close relative of the new Apple M1 just presented.

The model under test is the top of the range with a capacity of 256 GB and equipped with Wi-Fi and cellular connectivity. The livery with which it was delivered to us is a beautiful metallic blue that Apple calls Sky Blue for English speakers and simply Celeste for us Italians. The other configurations available are the one with 64 GB of storage space and the one without a cellular connection. There is currently no intermediate configuration of 128 GB. The colours among which it is possible to choose, in addition to Celeste, are Sidereal Gray (Space Gray), Silver (Silver), Rose Gold (Rose Gold) and Green (green).

The box is slightly smaller and thinner than that of the previous models and features easy removal of the cellophane covering. Inside, in addition to the iPad protected by a plastic coating, we find the 20W power supply with USB-C socket, the USB-C cable and the classic skimpy box with brochures for quick instructions in different languages, the two apple stickers nibble and the iron device for removing the SIM drawer (the Liquid Metal underwire of the first iPhones and iPads is just a memory).

In general, Apple has accustomed us to consider iPad Air a basic model with increased functionality (as in the 2019 model) or a simplified top of the range. iPad Air 2020, with the modern design that follows that of iPad Pro, looks like a really new device and not a return to the past. Indeed, if we really want to go for the subtle, it must be said that the design of this iPad Air, like that of the iPad Pro, recalls that of the iPhone 4 and 5 that perhaps Apple had decided to abandon too soon in favour of the sinuous shapes of the iPhone 6, 7 and 8 which paradoxically appear older today.

We believe that the square shapes with rounded corners that Apple actually dusted off with iPad Pro in 2018, are a sort of trademark and we think Apple was right to reintroduce them in the new iPhone 12 and 12 Pro.

Physical Connections With The Outside World

The first surprise is the switch from Lightning to USB-C for charging and connections to external peripherals which will now hopefully be easier to find. So the hoped-for opening towards the multitude of USB-C dongles and accessories on the market seems to be done. On the other hand, users of previous models should be aware that, in fact, the accessories are those of the iPad Pro and that the old keyboards and especially the first-generation Apple Pencil do not work with this iPad Air. On the other hand, the excellent second-generation Apple Pencil and the plethora of keyboards including the wonderful, albeit expensive, Magic Keyboard will not make you regret the old peripherals.

iPad Air 2020 is also equipped, like the iPad Pro, with a smart connector that we are sure will give the start to a series of accessories, among which we wish a keyboard with support for using iPad vertically, a must for the writer. In this regard, we believe that the usual general configuration of tablets horizontally is only an indication of a sort of inferiority complex towards light laptops and so-called sub-notebooks, while for many categories of users, we refer for example to writers and designers, but not only to them, the idea of ​​a vertical white sheet is the basis of daily efforts.

Compared to iPad Pro, the double camera and ProMotion technology for the display are missing, the speakers are two instead of four, and instead of Face ID, there is a TouchID integrated into the power button, on whose operation we will discuss shortly. In favour of iPad Air, we should mention the A14 bionic chip, more performing than the already excellent A12Z Bionic of the iPad Pro.

The Apple A14 Bionic chip is really a close relative of the M1 chip which has recently made its debut in the MacBook Air, MacBook Pro 13 ”and Mac mini. Both are produced with 5-nanometer technology (https://www.macitynet.it/la14-di-apple-e-il-primo-chip-a-5nm-prestazioni-superiori-su-quasi-tutta-la-linea /), while the Apple A12Z Bionic chip is based on 7-nanometer technology and is less performing, although the superior GPU of the Pro model makes up for the disadvantage.

The iPad Air display has the same dimensions as that of the iPad Pro 11 “(just a tenth of an inch smaller, or 2.5 mm) and a refresh rate of 60 Hz against the 120 Hz of the two Pro models: we will do extensive tests, but at the moment the animations seem excellent to us and our little friends who, with schools closed due to the epidemic, have stressed the iPad Air with movies and games, seem to have liked and appreciated the quality of the images.

The power button, variously defined as “power button” or “top button”, of the iPad Air 2020 is slightly larger than that of the other iPads, to allow the fingerprint to be read. The operation is the same as the old Touch ID sensor in the Home button, abandoned by iPhone X onwards, and present on the iPad up to the seventh generation: you press and wait a moment to allow the sensor to read the fingerprint.

In the face of a particularly interesting attack price (669 euros for iPad Air Wi-Fi with 64 GB of storage), it immediately goes to 839 euros to bring the storage space to 256 GB and here the lack of a model is felt intermediate with 128 GB.

The two models with Wi-Fi and Cellular connection cost 809 euros (model with 64 GB) and 979 euros (model with 256 MB) respectively. Recall that along with the presentation of this new iPad Air, the base model of iPad (now in its eighth generation) has also been updated, which now sports an A12 Bionic processor (the same as the iPhone XS, which is still a great phone) and Touch ID on the power button, with prices from 389 euros for the Wi-Fi-only model with 32 GB of storage to 629 euros for the Wi-Fi model and cellular with 128 GB of storage.

Years ago, reviewing the different smartphone operating systems, we wrote that the time was near when these devices would become independent tools and no longer mere appendages of computers, at the time necessary for the installation of programs and synchronization of files and data. For some years now iPad has freed itself from the desktop computer and walks alone and as a work tool, we believe it is now, exactly ten years after its introduction, irreplaceable.

Wearable Technology – Your Information Is In Real-Time

October 29, 2020September 4, 2022techtodaypost
Tagged Boss Vs Leader, Differences Between A Boss And A Leader
Back To Top