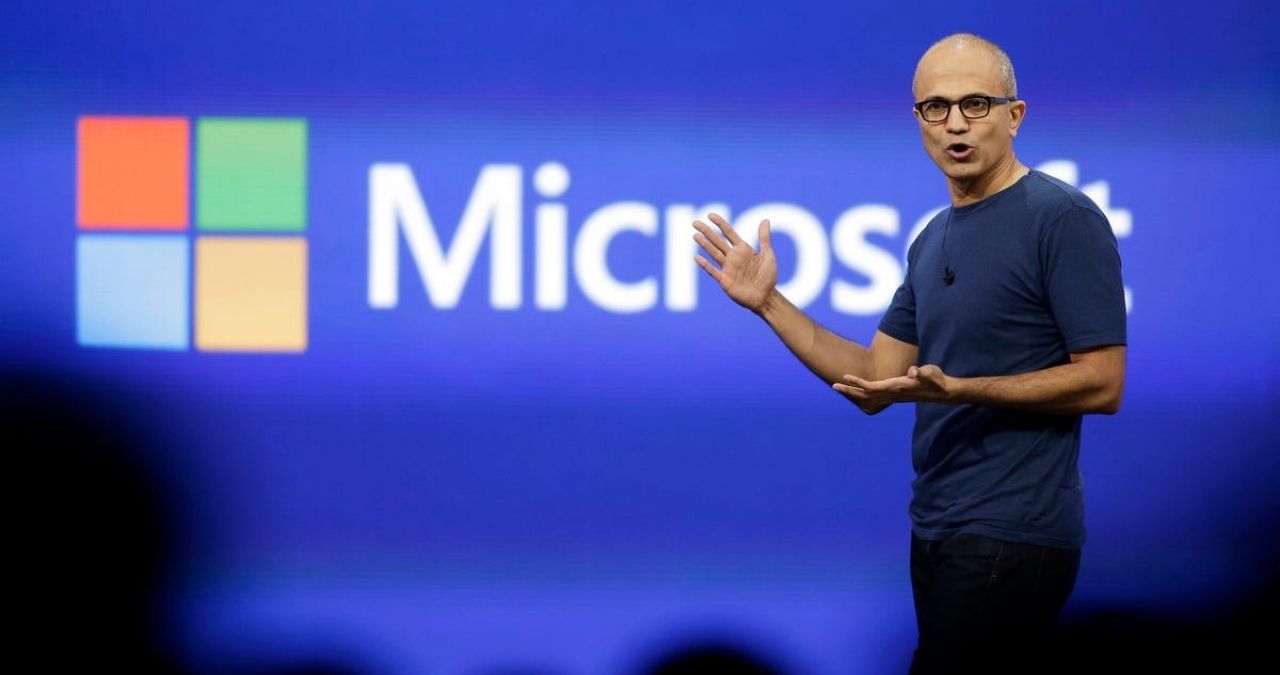 It has been 46 years since Bill Gates and Paul Allen founded Microsoft on April 4, 1975. Microsoft has come all the way, rose, ended, and then counterattacked, completing its gorgeous transformation step by step.

It has been 46 years since Bill Gates and Paul Allen founded Microsoft in 1975. Just like a 46-year-old middle-aged man, Microsoft finally survived the mid-life crisis and returned to the throne of high-profile and dazzling technology with a mature and low-key attitude.

In order to commemorate the years that have gone through together, the editor rummaged through the boxes and found out the history of Microsoft along the way.

The Rise Of An Empire

Speaking of Microsoft, we have to start with Bill Gates, a man of the world. 19-year-old Bill Gates is probably the most successful Harvard dropout. In 1975, Bill Gates dropped out of Harvard University and sold BASIC (Beginners’ All-purpose Symbolic Instruction Code) with his high school alumnus Paul Allen. BASIC is the “Beginner’s General Symbolic Command Code”, a programming language designed for beginners.

When Gates was still studying at Harvard, they also wrote the language for MITS’ Altair. Later, Gates and Allen moved to Albuquerque, New Mexico, and founded Microsoft in a local hotel room. At the beginning of its establishment, the company continued to develop its main business by modifying the BASIC program.

So, do you know how the name Microsoft got it?

The term Microsoft consists of two parts: “Microcomputer” and “software”.

If you know DOS, this will fully expose your age!

In the 1980s, IBM selected Microsoft to write key operating system software for its new

However, due to time constraints and complicated procedures at the time, Microsoft bought the

MS-DOS has achieved great success in the popularization of IBM-PC. Other PC makers wanted to be compatible with IBM, so in the 1980s, it became the standard operating system for PCs.

In fact, from 1995 to 2007, Gates ranked first in the world’s richest man in Forbes for 13 consecutive years, becoming the biggest winner in life.

Unlike Windows, MS-DOS operates by using commands, and the system runs programs according to the commands entered by the user.

The Windows 1.0 operating system released by Microsoft was actually an extension of MS-DOS, which was not popular at the time. With continuous iteration, Windows 3.0 finally ushered in the initial victory.

It was the end of 1989, and Microsoft was working hard to finally finalize the best version of Windows it knows so far.

As Microsoft said at the time, this is an exciting product.

After more than two decades of development, Microsoft released the Windows 10 operating

The End Of The King

Microsoft in the Ballmer era lost again and again.

In 2000, Bill Gates handed over the position of CEO to Steve Ballmer, who was once in charge of company operations and daily management.

I also created a new position for myself: Chief Software Architect.

However, as Microsoft’s second CEO, Ballmer has suffered a lot of criticism.

He led Microsoft’s repeated attempts and failed. Windows Phone was strangled by iOS and Android, Windows 8 was frequently criticized, and cloud computing was difficult to break through.

During Ballmer’s tenure as Microsoft’s CEO, Microsoft’s huge potential has penetrated into all aspects of the software industry, and it is simply invincible.

The share of Windows in the PC operating system market exceeds 90%, and Microsoft’s tremendous influence has put tremendous pressure on its software counterparts and has pushed itself as a defendant in the anti-monopoly law.

The Empire Strikes Back: The Return of the Age of Kings

In 2014, a 46-year-old Indian, Satya Nadella (Satya Nadella) formally took over as the third CEO of Microsoft.

At that time, Microsoft was like a twilight giant, unable to follow the pace of the times, but Nadella single-handedly directed Microsoft’s great revival.

Nadella not only changed Microsoft’s business strategy but also reformed Microsoft’s corporate culture. He has been committed to changing the way Microsoft works by changing its way of thinking.So far, the market value of Microsoft has reached 1.83 trillion US dollars.

In the following 5 years, Nadella led Microsoft to find its way again.

Microsoft abolished the Nokia mobile phone business acquired by former CEO Ballmer for $7.2 billion and announced the largest layoffs in history. The number of layoffs accounted for 14% of the company’s global total of more than 120,000 employees.

All these trade-offs are all about focusing development on cloud services.

Under Nadella’s leadership, Microsoft cut the budget of the Windows department and established a huge cloud computing business-Microsoft Azure.

At present, Microsoft’s cloud platform Azure has won the favor of many large enterprise customers.

Our office productivity software Office has gradually become a cloud service. It has gained more than 214 million subscribers, and these users have to pay a subscription fee of $99 per year.

From the perspective of Microsoft employees, Nadella’s transformation of corporate culture is indispensable for the company’s revival!

Microsoft, who was left behind by the previous CEO, is in a serious internal struggle, with executives fighting for power, and teams shirking responsibilities when they encounter problems.

In the book “Refresh-Rediscovering Business and the Future”, Nadella bluntly stated, “The transformation of business strategy is not his first priority as the CEO of Microsoft. The CEO is the chief executive officer, but also the cultural executive.”

From Windows to the cloud, Nadella transformed the Microsoft chariot and achieved a trillion-dollar market value of Microsoft.

Microsoft is 46 years old and is still king after returning.

Also Read : I Have Never Spoken To Musk, But I Admire Tesla