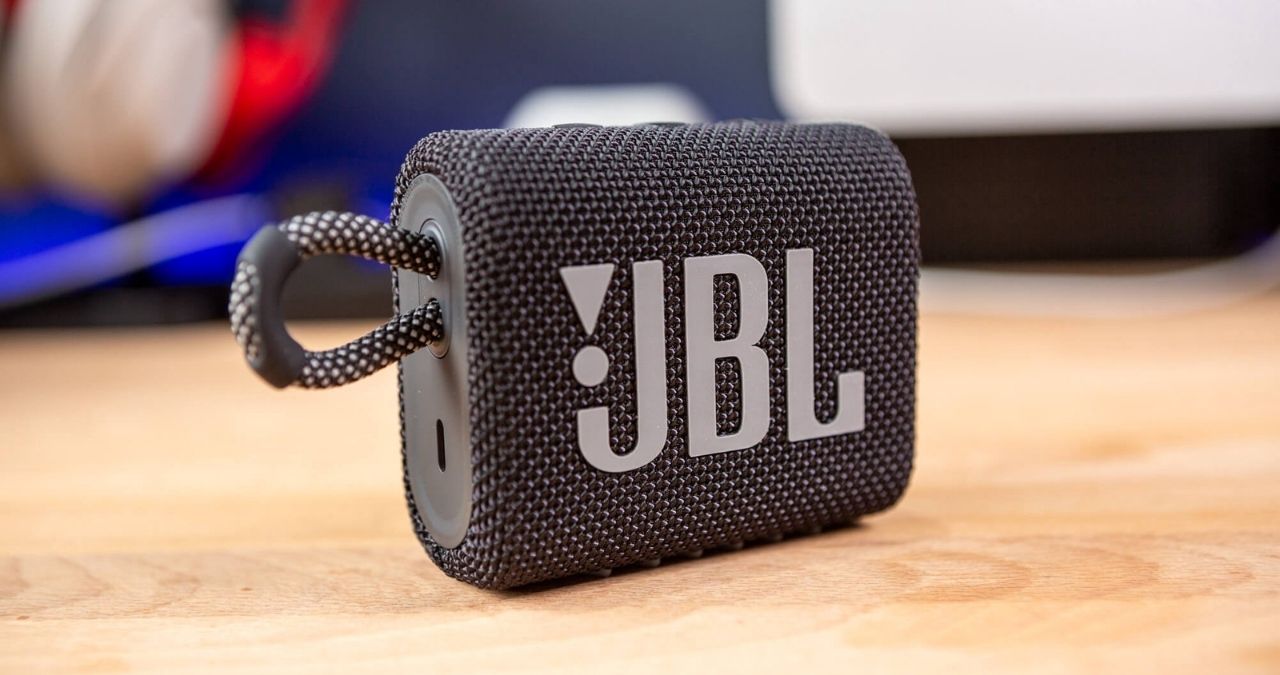 To see it looks like a magazine for a machine gun, yet the JBL Go 3 is a speaker that stands out in any situation. Able alone to fill a room, over the years it has lost some functions but has gained in style and power.

JBL Go 3 arrived in a small transparent box, where the small speaker already shows itself in shape and color (there are eight of them) before opening it. Inside, the USB-C / USB-A charging cable and a small illustrative brochure, it doesn’t take much to get up and running.

The shape is very compact, 87.5 × 75mm by 41.3mm thick, in a shape that weighs just 210 grams. The design is very different from the model we tried a few years ago (and which is still online ): the shape is now all rounded and covered in a hard plastic mesh, except for the two outer sides which offer a velvety rubber.

On one of these sides, there is the USB-C connector for the power supply and the soft rope hook, while in the other the power button, the one for Bluetooth pairing and an LED that indicates operation.

In the upper part, there are the playback controls (Play, Stop, Next song, and audio control), in embossed rubber while in the part below the same rubber offers secure support (the speaker can be used standing or lying down).

Not that JBL Go 3 is afraid of falls: in addition to the IP67 certification that allows its use on sand, in the ground, and on areas where there is a flow of water (but theoretically not submerged), during the tests we also witnessed to the accidental fall from a couple of meters, which did not at all irritate the small speaker that continued to work as before.

(Not) As Before, More Than Before

JBL Go 3 offers a very different design from the first and second versions, but it’s not just that that has changed. The speaker is just a very different product than in the past, with a net gain in quality and shape, but also with functions that have given way.

The first version we reviewed also acted as a speakerphone, a function that has now disappeared, giving way to a speaker that works only as such and only in Bluetooth, since the analog jack input is also missing.

It is not a serious loss, mind you, they are really niche functions compared to technology here much more effective in the main function, music reproduction.

Since there are no supporting apps or auxiliary functions, pairing with a smartphone is a matter of a couple of clicks, thanks also to the Bluetooth 5.1 chip that works very well.

The power of 4.2 W RMS is, as we said, enough to fill a sound room: the frequency response of 110 Hz – 20 kHz is very different from that of the first model and here it sounds much better, with decisive attention to the more full-bodied basses, although obviously, a speaker of this size can do.

We tried JBL Go 3 with an iPhone by making it play several songs from Spotify: we started from a classic of Rock like “November Rain” by Guns N ‘Roses, passing through “Back in Black” by AC / DC (where we liked a lot Brian Johnson’s performance) to Dire Straits’ “Sultan of Swing” for the rock part, where the speaker performed just fine.

Ready for adventure, thanks to the hook and a sturdy cover you can take it everywhere

To try very different sounds we also tasted “Pump of the Jam” by Technotronic and “Let’s Love” by David Guetta up to “2 Times” by Ann Lee, much lighter songs where the speaker was at ease, even if the value on the higher tones is palpable (in positive) and, for the most part, does not make the mistake of many cheaper devices that “pollute” the whole spectrum with often oppressive bass.

On tracks like “Time” by Hans Zimmer (soundtrack of Inception) and “Moving On” by Michael Giacchino (taken from “Lost”) up to “The promise” by Michael Nyman (from “Lezioni di Piano”) the compactness of the, you can clearly hear the speaker, especially for those accustomed to the subtlety of these pieces in headphones or on much more powerful (and generously sized) speakers.

However, he held up well on Taylor Swift’s “The Archer”, Carmen Consoli’s “The Last Kiss” and Enya’s “Orinoco Flow” which are quite complex songs. The connection has never given way even on video games on iPhone or iPad Air, without any kind of lag.

Eight different colors, each with its own style

As expected, the American house has done a great job with this JBL Go 3, proposing a more modern design and at the same time improving what is the most important feature, such as the musical performance.

The functions lost on the road are a bit sorry but it’s not a drama, considering that compared to the first version this speaker is perhaps a few millimeters wider, but much more powerful, fits better in your pocket, and has a really generous battery, which provides (proof on hand) nearly five hours of continuous playback.

The cost is a really good deal, less than 40 Euros for a speaker that sounds very good with any device (wireless) and that looks good on the desk as well as in the shower or, why not, on the towel in the sea (if we can to go there). 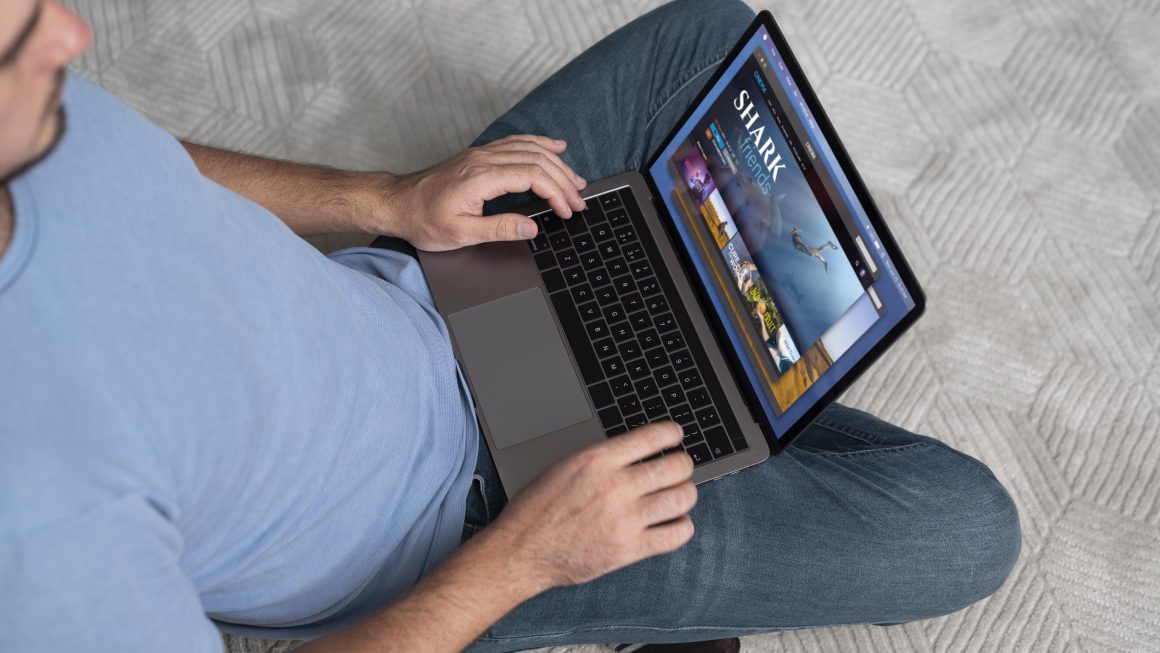 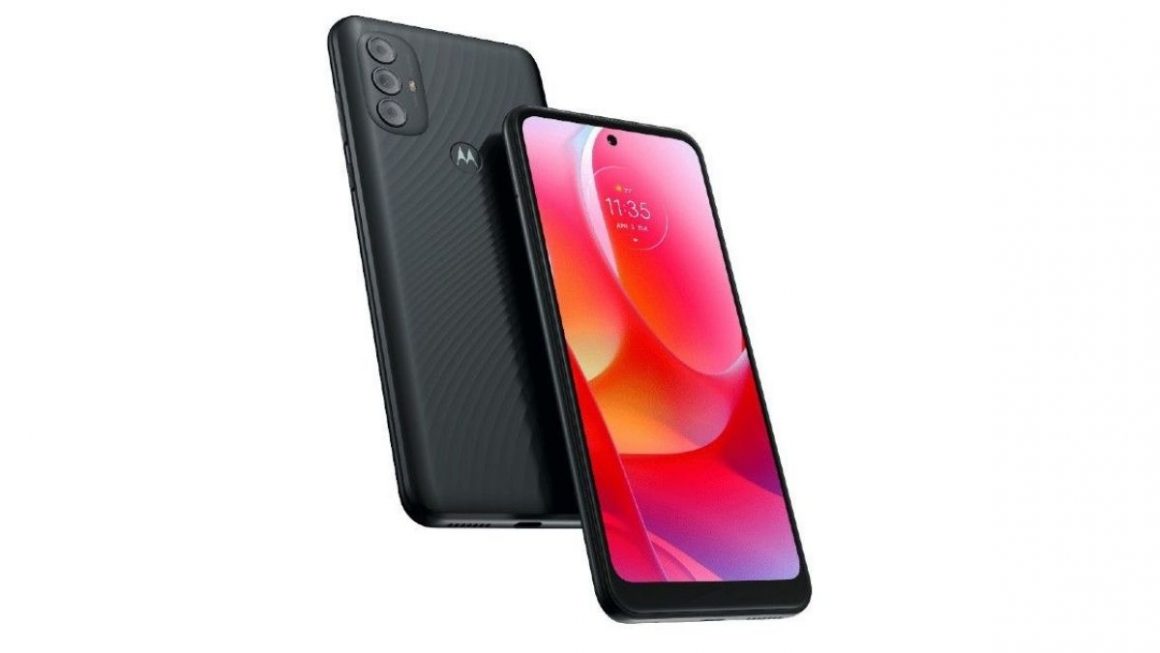 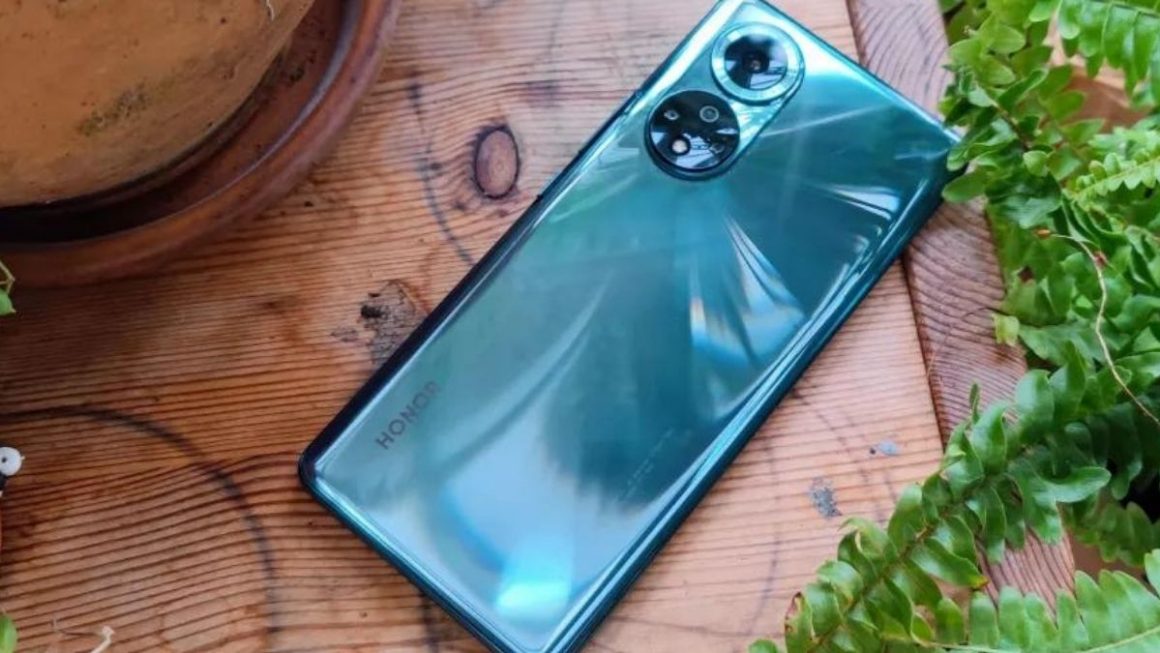 What Is Pentesting? How To Detect Your Weaknesses

An Office Where You Just Want To Work!